What is organic modern style? Get to know the trending interior mood that's having a viral moment 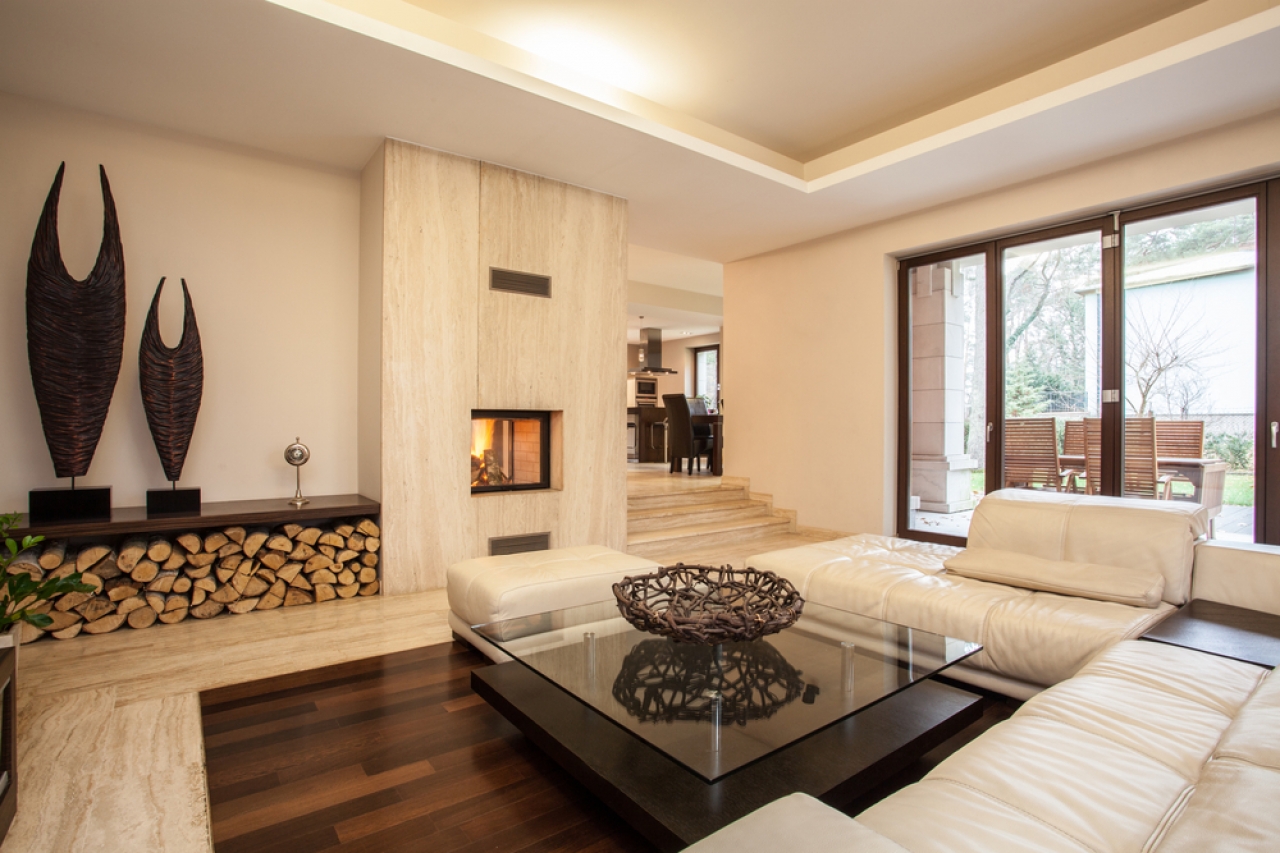 What do you think of when you hear the words organic modern style? It's a name that, all at once, perfectly encapsulates the essence of a burgeoning design aesthetic while not really telling you anything at all. 'Organic' and 'modern' can mean wildly different things in different contexts, so how do we decipher what the trend entails?

Regardless, it's an interior design trend that's striking a chord. At the time of writing, the subject of organic modern style has nearly 30 million views on TikTok. But while it may be going viral over on the video-sharing app, don't dismiss it as purely a social media obsession. It's rooted in a very real design mood that top designers including Jake Arnold are taking inspiration from right now.

Organic modern style is a design ethos that has a base in Scandinavian minimalism, while also borrowing ideas from the Mid-century modern movement and bohemian interior styles.

The resulting concoction sees a focus on craftsmanship and the beauty of natural materials, gentle curves, and organic shapes, all the while creating an air of laidback luxury. For Susana Simonpietri, creative director of design studio Chango & Co(opens in new tab)., it's about 'creating livable, comfortable spaces with the intention and balance of casual elegance,'

For ideas on how to craft the organic modern look for yourself, we asked top designers, who pushing this design aesthetic forward in a modern way, for their styling advice.

Speaking to Jake Arnold(opens in new tab) while judging the Etsy 2022 Design Awards(opens in new tab), the interior designer and co-founder of The Expert noted a particular trend in shapes that can be traced back to this emerging aesthetic. 'Designers are loving playing with more organic shapes with asymmetrical forms,' Jake told us, 'designs have definitely been leaning more playful.'

These forms are sometimes gentle curves and waves, sometimes spheres and ridges, however, they're defined by a sense of substance - a chunkiness if you will - that captures the spirit of modern furniture design.

It's how these shapes combine modern and organic qualities that make them so successful, suggests Australian interior stylist Tim Neve(opens in new tab). 'Because the designs are inspired by nature itself, that makes the finished aesthetic feel authentic,' he says. Tim has recently launched his first furniture collection, Debut, which channels the energy of this new wave of organic modern style. 'I tried to mix unexpected contrasts of shape and materials,' he explains. 'The result is bold but has a refined simplicity.'

There's another reason these organic forms have captured our imagination, too, and it's to do with contrast, according to Chango & Co.'s Susana Simonpietri. 'Working within the architecture of the spaces we design, we like to provide contrast to the clean, rectilinear lines with sculptural curves of furniture pieces and lighting,' Susana outlines.' This brings attention to both the forms that are present as well as the negative space, both of which are equally important.'

Interior designer Jen Talbot also find that clients are more drawn to these sculptural shapes. 'Clients are craving less angular more approachable shapes,' she tells us. 'They want something fresh and original and the line of furniture is one way to achieve that.'

Adopting organic forms is a great place to start, but without the right variety in materials to complement it, they can feel inauthentic, even juvenile. 'We tend to pair raw natural fibers with more sculpturally-shaped furniture pieces, which creates an interesting balance of texture and form,' explains Susana Simonpietri, design studio Chango & Co.'s creative director. 'Adding in an organically shaped vase, for example, or a unique pendant light in a contrasting metal finish can create a rich materiality in spaces.'

When it comes to using wood, the more expressive the grain, the better. It's something that Los Angeles-based furniture designers Michaele Simmering and Johannes Pauwen of Kalon(opens in new tab) think is important to consider when choosing furniture for your scheme. 'The woodgrain is an enormous part of the aesthetic of the piece,' Michaele tells us. 'I think without that there's no tension, and the resulting furniture can be really flat and boring. The grain brings like a whole layer of movement, warmth, and visual texture to the piece.'

As well as more rustic materials like jute, rattan and terracotta, stone is another natural texture to introduce that can help tip your scheme into a more contemporary and luxurious arena, while also embracing those all-important natural and organic shapes. In this modern dining room, designer Jen Talbot(opens in new tab) repurposed an 80s stone table, originally with a glass top. 'We reimagined with whitewashed ash and attached it to the stone bases,' Jen explains, 'while the dining chairs we developed were custom for the client. The goal was to curate a space that formed a partnership between shapes, yet stayed classic.'

Introducing texture doesn't end with furniture and finishes. For the modern organic look, introduce it to your walls, too. 'Rendered internal walls, particularly Venetian plaster are having a moment and I adore the way you can easily cocoon a space with an inviting, warm texture,' says interior stylist Tim Neve.

The color palette of organic modern style is undoubtedly rooted in neutrals and richer earth tones. 'We describe it as relaxed, warm, contemporary and based in neutrals with hints of color,' says Chango & Co.'s Susana Simonpietri.

To add to the organic element of your room, ensure you bring in greenery too. One of the best indoor trees can bring in another sculptural element for a more elevated style of houseplant.