Downton décor: How to get the ‘New Era’ look 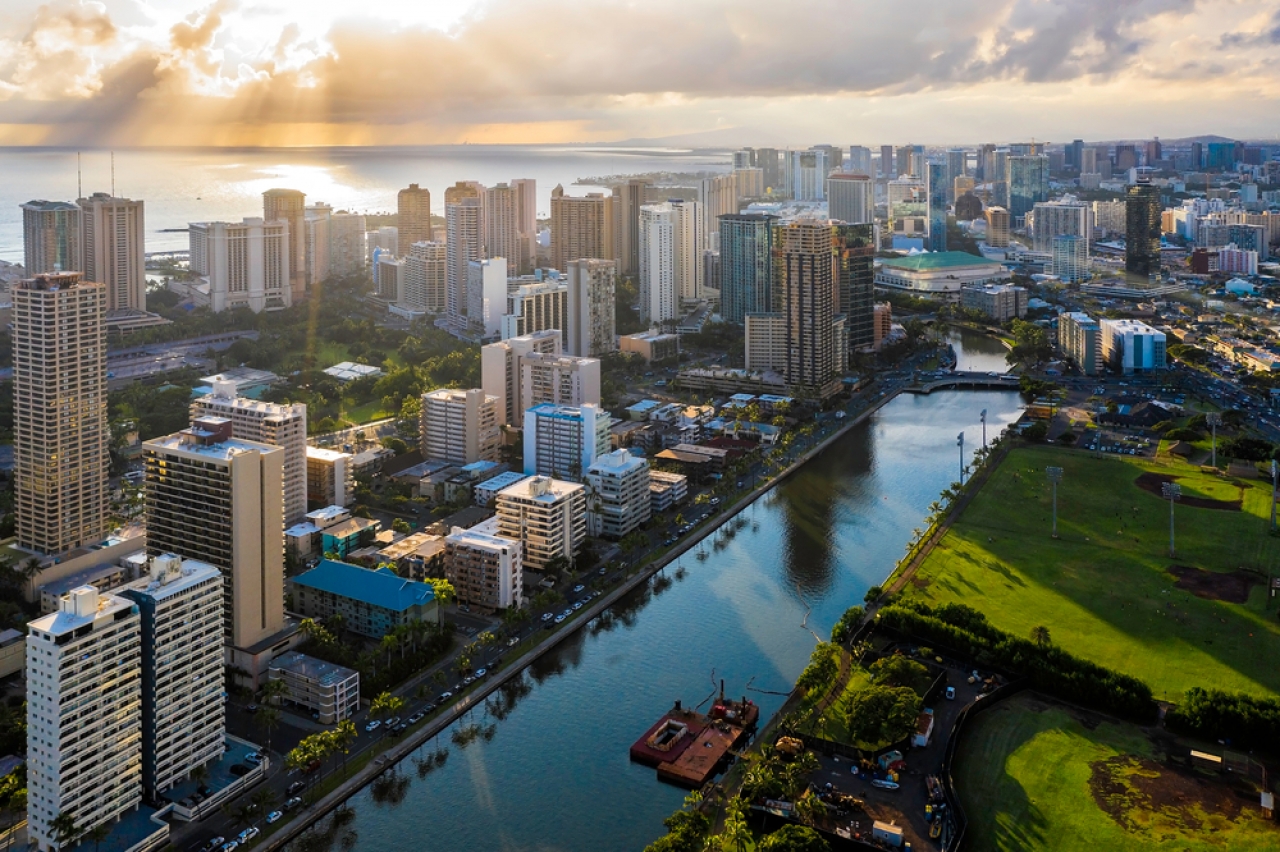 Downton Abbey interior design has taken a turn for the exotic. The latest film release, Downton Abbey: A New Era, sees the Crawley family decamp to the South of France when the Dowager Countess mysteriously inherits a villa on the Riviera.

Gone are the dark and dreary drawing rooms of the Downton Abbey we know and love, and in its place are the wide open spaces of a Belle Epoque-style chateau, full of huge arched windows, palm plants and pink marble columns.

The plot for the new film sees the Crawleys travel to the South of France to unravel the mystery of the unexpected holiday home inheritance. It couldn’t have come at a better time, given financial troubles have also prompted the family to open up Downton Abbey to film crews. With glamorous movie types stomping around the historical house – much to the chagrin of Carson – the film offers a rich variety of interior inspo, from Art Deco to Art Nouveau.

But it’s the French Riviera interior style that has caught the attention of the Good Homes team. Here’s how to get the look for your home…

Downton Abbey: A New Era is chiefly set in Villa Rocabella, a Belle Epoque-style property about an hour from St Tropez. You can even book a stay there. It was designed in the late 19th century by Danish architect Hans-Georg Tersling. Its marbled corridors, leafy grounds and bright, open-plan spaces are giving us serious summer decor inspiration.

Pink marble isn’t the easiest of looks to pull off, but you can cheat your way to a pink marble feature wall without breaking the bank. The below made-to-measure pink marble wallpaper mural from Wallsauce is a great way to experiment with this Downton meets the French Riviera decor scheme, especially as it’s available as a peel-and-stick wall mural (from £30 per msq from wallsauce.com). Keep your soft furnishings neutral so as not to overwhelm the space, but don’t be afraid to try some white-washed antique furniture in the space for a true New Era look.

Panelling is another great way to recreate the look of a stately home, and again, cheats are available! This classic panels wallpaper mural is also available from Wallsauce (prices start from £30 per msq, see wallsauce.com). Here, the panel-effect wallpaper is paired perfectly with a pink sofa in a marble-effect fabric.

Airy, white spaces and tall palm plants also feature around the villa on the French Riviera in Downton Abbey: A New Era. The photo below perfectly brings together the Downton Abbey interior design scheme from the new film, with a pale pink bed featuring a contemporary twist on the classic button-back headboard, pale grey walls with panelling picked out in white, a whitewashed wooden floor, ornate detailing to the wardrobe doors and those leafy plants. The New Beginnings bed in pink velvet is £1,545 from frenchbedroomcompany.co.uk.

Of course, you don’t need to transform your whole home, or even a whole room – just use the rule of three to create a French Riviera-inspired corner. You could upcycle and old dining chair by painting it white or grey, picking out some gold detailing and reupholstering in a pale fabric. Pair it with an ornate, antique mirror leant against the wall and a distressed antique vase. If you really want to nail the look, add a chandelier like the Elodie pendant chandelier from frenchbedroomcompany.co.uk, currently reduced from £120 to £99.

A chandelier is peak Belle Epoque styling. Get that Downton-on-the-French-Riviera chic with a whitewashed, distressed antique chandelier. Pictured below are a pair of French-style antique white chandelier, £69.99 each, from charlottes.shopping.

Of course, no aristocratic family could possibly forgo a touch of shimmering gold decor in their sprawling pad. Below, French antique styling with gold detailing is perfectly pared with a palette of greys and white, plus those glorious kentia palms again, for a look that screams French aristocracy. If your home happens to have be blessed with a couple of columns, all the better. This glorious Palais de Versailles luxury upholstered gold bed starts at £1,895 for a double from frenchbedroomcompany.co.uk.

Why decamp to the French Riviera only to stay cooped up indoors? The Crawley’s make the most of their ‘summer house’ by dining in the glorious gardens. To recreate this look, simply dress your outdoor dining table in your finest white linen table cloth, dig out your classic bistro patio set or source some Regency style wrought iron garden chairs from the likes of vinterior.co , englishsalvage.co.uk or ebay.co.uk, and, if you’re feeling particularly indulgent, add a fringed gazebo in antique white like this one from coxandcox.co.uk.