7 Reasons to Gut Your Bathroom When You Remodel 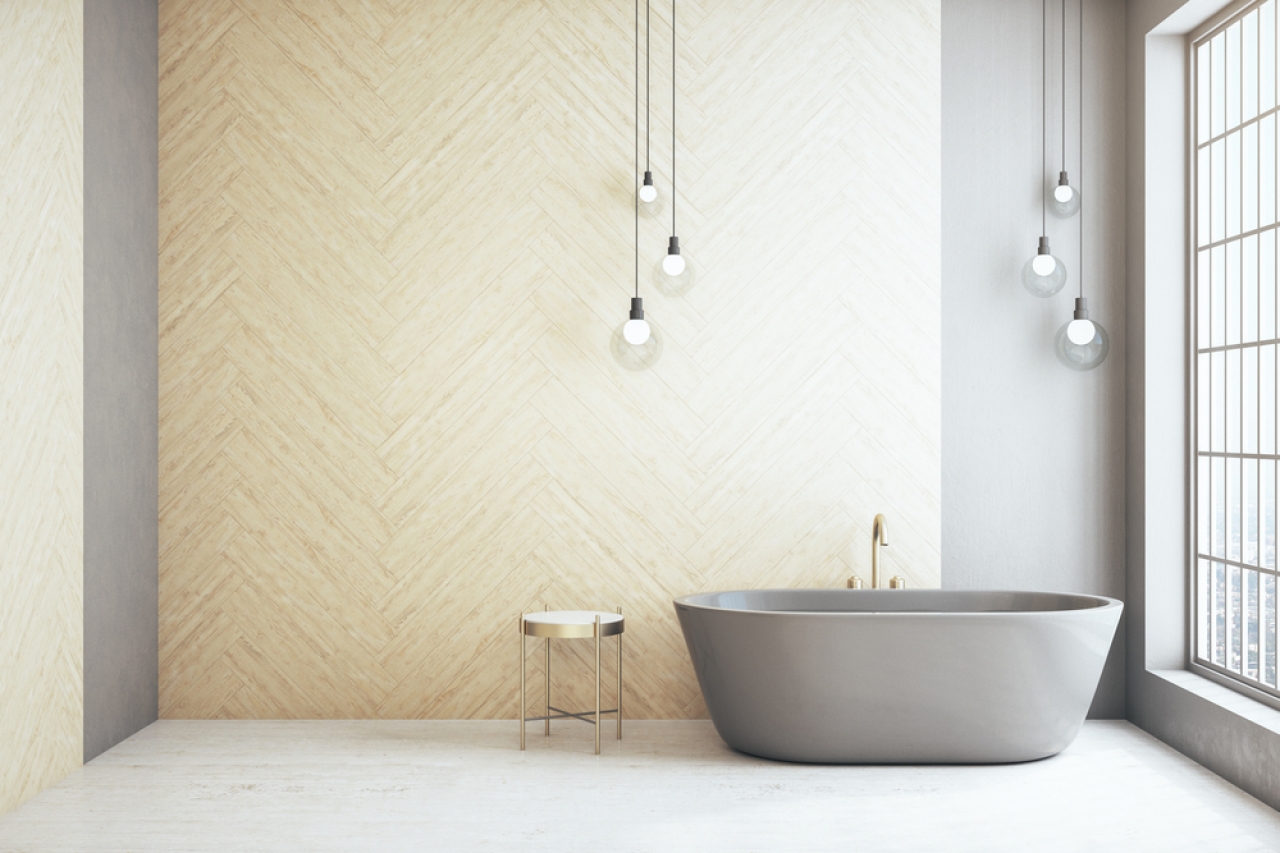 If your home is old enough for a bathroom renovation, you may want to go ahead and completely gut it. I started my bathroom remodel last month with a complete demolition. If I hadn't, a number of problems would have been unavailable for repair...or even undiscovered. Here's what I found when I opened up the walls and ceiling of my 1970 condo in the Atlanta, Georgia area.

When I opened up the exterior wall, I found termite damage in two places:  the king stud, jack stud, and cripple on the bathtub side of the window (shown below) and the jack stud on the other side of the window. The good news is that the damage was done long ago. As long as I've lived here, the owners' association has kept up with termite treatment and monitoring, but I understand there was a period when they didn't. Hence the damage I found.

In addition to the termite-damaged wall, I also found rotten subflooring near the bathtub. This was mostly from getting too wet, and I suspected it because tiles had started popping up in that area.

I knew we had insulation in our walls. I thought it was R-11 fiberglass batts because our upstairs neighbor's icemaker had a bad leak a few years ago, taking out half of our laundry room ceiling and part of the wall. The common wall had R-11 batts. I figured the rest of the walls did, too. I knew they had insulation because I've checked behind switch and receptacle plates.

I got a little surprise when I took the drywall off of that exterior bathroom wall and saw this:

This is actually a good thing, in a way, because it means I'll get more improvement than I thought I was going to get.

Yes, our 1970 condo is leaky. I knew about the big bathtub holes and other plumbing penetrations because I've seen them from the basement. I didn't know that the walls were sheathed with asphalt-impregnated fiberboard (Celotex) that provided lots of air leakage pathways. Again, looking on the bright side, that means I'll be able to make more improvement than I'd thought.

I can't wait to do a blower door test when it's all done. Unfortunately, I won't be able to separate out the improvement due only to my bathroom work. The owners' association just had the whole floor sealed with spray foam insulation. I'm guessing our total air leakage will be around half of what it was.

Did I mention our condo was built in 1970? The master bath has a window, so naturally, it didn't need an exhaust fan, right? Wrong. I've got over a year of data on temperature and relative humidity in that bathroom without an exhaust fan. Now I'm putting one in and will collect more data. Stay tuned for the results.

But even if your bathroom already has a fan, I'd wager it doesn't move enough air. The typical bath fan moves about half its rated air flow. If your bath fan isn't accessible from the attic, opening up the ceiling is the only way to get at the duct and fix it. What you see in that photo below is common for bath fan ducts: sagging flex duct that makes too many turns. (That's not my new fan, by the way.)

Here's another thing I found. I'm not a plumbing expert, but I see a problem here. Imagine if that section of common drain line for our back-to-back sinks got clogged. Now imagine running a snake in there from one sink. Do you think it would make the turn? Probably not. We changed it out and offset the two.

Several years ago we had to do some plumbing work for the tub in the hall bathroom. When the plumbers had the wall opened up, I asked them to put valves in on the hot and cold water lines so that if anyone had to work on that plumbing in the future, they wouldn't have to turn off the water to the whole building.

So they put in the valves. When I opened up the wall, I saw them and took this photo:

I'd used that shower a few times over the years and always wondered why the pressure was so low. Now I understand. The plumbers installed the valves but then didn't open them fully. Those red handles should be straight in line with the pipes. Nice!

I also found that our ceiling had two layers of drywall. We have a smooth ceiling throughout our condo, but the original ceiling was stippled. Fortunately, it wasn't a popcorn ceiling, which could contain asbestos.

If you're remodeling a bathroom, there a lot of good reasons to go all the way and gut it completely. That's what I'm doing. We're almost ready to start closing it back in, so stay tuned for more stories from the bathroom.

And let me end with a caveat. If your home was built before 1978, it probably has lead paint in it. If you're doing the work as a homeowner, you're not subject to the rules of the Renovation, Repair, and Painting (RRP) Program, which applies to contractors, but you you should still work safely. Here are their lead guidelines for do-it-yourselfers.

NOTE: Comments are moderated. Your comment will not appear below until approved.