Can you decorate a home with just black and white? This modern cottage proves it's an option 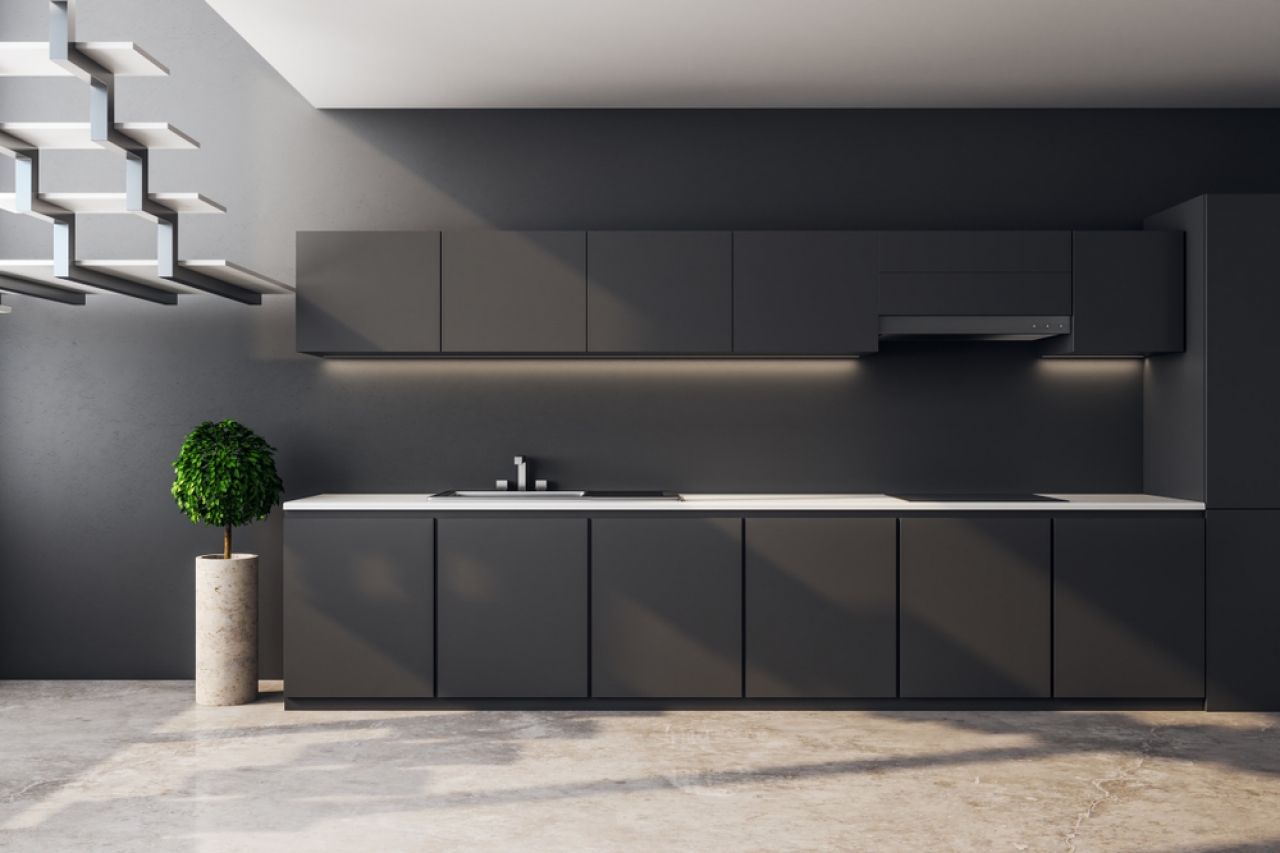 Decorating a home with a simple, monochromatic scheme isn't unheard of, in fact some of our favorite modern design schemes are completely devoid of color. However, when we talk about decorating with black and white, the depth and texture of these designs often come from greyscale - that is, including grey tones between black and white as part of the palette - alongside other 'neutral' touches, like wood and metal.

More unusual, then, is a room (let alone a whole home) designed using just black and white at their purest values. However, that's exactly what interior designers Chelsea Reale and Diana Rice of SISSY+MARLEY Interiors did for this modern guesthouse cottage in Connecticut.

'We love monochrome spaces,' Chelsea tells us, 'especially in smaller settings as it gives your eyes the chance to flow through the space without interruption.' The resulting cottage, which sits adjacent to a 6,700-square-foot main home on top of a hill overlooking the city, is not only bright and welcoming, but feels like a modern home with a cool graphic edge.

We asked the designers to talk us through exactly how they used this limited color palette to such an effect.

With its crisp white walls and lofty double-height space, it's hard to imagine this cottage as anything but this bright, airy space. 'The cottage needed some cosmetic changes when the owners purchased it,' Chelsea explains. 'It was dark, dated and depressing. It’s hard to imagine it now, but the transformation is impressive. It’s amazing what some white paint will do to a space.'

However, it wasn't just the walls that were painted white. 'We painted the walls and wood floors, too, which really brought the space to life,' Chelsea says. While this white floor paint idea might not be the most durable choice for a busy family home, it's something that has transformed this guest house space. 'Hands down the white painted floors changed the entire look and feel of this space.'

Maybe the most striking element of the space is the stark contrast between the pure white walls and windows and doors. 'Outlining the window frames in black beauty was the key to giving this space a Scandinavian vibe,' Chelsea tells us.

While the instinct when using such a limited color palette might be to create as much contrast and interest as possible in any one space, many of the elements of this home feel modern and relevant just by layering black on black.

The key is making interesting choices, Chelsea says. 'While the color palette is monochromatic. the pieces throughout this cottage are well curated and feel very special.'

The black and white living room is contained by a large area rug with casual seating and a large coffee table - the sofa bed, interestingly the only non-monochromatic element in the entire home.

Another assumption would be that a purely black and white scheme would need to go big on texture to make it work, yet largely the cottage is filled with modern, matte finishes. Texture is more subtly applied than creating bold contrast between rough and smooth surfaces.

In the living room, webbed chairs and a jute rug stop the space from feeling too sleek, while the old dated kitchen was removed and replaced with a modern all-black kitchen from IKEA. 'For texture, we added shiplap to the walls,' Chelsea says.

A small dining area neighbors the kitchen, with a breakfast bar-style table with stools, providing casual seating for guests who are more likely to eat dinners at the main house. All the light fittings in the house are also black and white.

By sticking to the strong monochromatic aesthetic, the design of the cottage feels special and purposeful. It also plays particularly well to this completely open plan concept, as the bedroom and main bathroom are both located on a mezzanine level.

'The key to open floor plans is really focusing on maintaining a flow throughout so there are no visual interruptions in the overall experience,' Chelsea says. 'It's all about creating small special moments throughout that all compliment one another.'

The powder room, with its wall hung basin, is one such moment. 'Updated the powder room to feel like a modern farmhouse,' Chelsea says. 'Although the budget was restrained, the outcome far exceeded all of our expectations.'